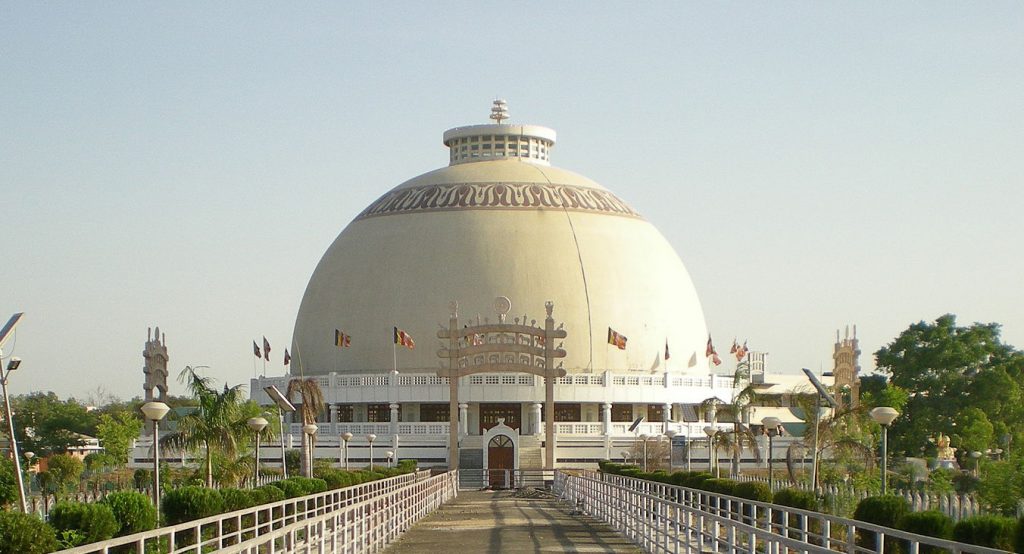 ONE DAY SIGHT SEEING NEARBY NAGPUR

Ramtek is a small city, situated at a distance of approx… 42 kms to the northeast of the Nagpur city of Maharashtra. It falls under the Nagpur district and is held in high regard by the Hindus. This is because this city is believed to be associated with Lord Rama.

This small village is the site of the ancient Ganesh Temple, which houses a statue of the deity, believed to have self-evolved. It is one of the eight Ashta-Vinayaks in Vidarbha.

17km. from Nagpur on Chhindwara Road. This ancient Devi temple draws devotees to its doors throughout the year, but more so during the nine day Navratri celebration.

Waki Woods is just 30 km away from Nagpur on Saoner Road near Warki Dargha. This place is regarded to be very much suitable for trekking. Large number of trekking lovers flocks here for a wonderful trekking experience.

Nawegaon Dam is termed as Vidharbha’s most famous popular forest resort. The dam was built by Kolu Patel Kohli at the start of 18th century. A picturesque lake adoms the hub of the hill range. Watch towers have also been provided to catch the wildlife in action. There exists a deer park nearby called Dr. Salim Ali Bird Sanctuary, along with three fascinating gardens and children’s Park.

Sewagram Ashram is situated at Sewagran village near Wardha town, approximately 75 km away from Nagpur city. The main attraction of ashram is that it served as the headquarter of the Mahatma Gandhi for six years, from 1934 to 1940.

Pawanar comes under the Wardha district and lies right on the edge of the Dham River. It is significant from historical points of view and is counted amongst the most prehistoric colonies in the district. Pavnar, which lies around 65 km from Nagpur, is known for Gandhi Kuti and the Paramdham Ashram of Vinobaji.

A Banyan tree in old in Shegaon. Two youngsters noticed a peculiar personality strongly built. Fair in complexion. Young in age. Peculiar calmness and satisfaction on face. Searching rice particals on the patrawalies. And chanting Gan Gan Ganat Bote. No effect on face of scorching heat of summer noon time. That was the first appearance of Gajanan Maharaj in tiny Shegaon Town. The personality was so impressive that the tow youngsters, Bankatlal and Damodar were attracted to the charm, And then began the legendry life; his legendry charisma!

Shri Ambadevi Temple is situated at the heart of Amravati City at Gandhi Square. It is very old temple and can find it’s mentioned in the old gazetteers. People from all walk of life and from different parts of India visit the Temple. The Navaratri Festival, which falls just before Dasara festival, is celebrated by people and the temple authorities with gaiety & Harmony.

At Anandwan, human being who happen to be leprosy patients and those usually considered ‘disabled’ like the blind and the deaf, enter the development process as responsible “subject”- those who know and act, in contrast two” objects” which are known and acted upon. Nothing but awakening of consciousness can explain the Marvels typical of the place.

Deep in the heartland of India, in an isolated tribal village called Hemalkasa, Dr. Prakash (Baba’s younger son) and his wife, Dr. Mandakini Amte have quietly been performing miracles on a daily basis, for the past 30 years. The samiti’s work with the primitive Madia Gond tribal people has gained International recognition.

Ambhora is a very small town, situated at a distance of around 74 km Nagpur. It lies just at the threshold of Vainganga River and serves as the venue of three fairs, held on annual basis. The Other attractions of the town consist of the famous temple of chaitanyesvara. Then, there is the tomb of har har Swami, a Hindu saint.

Khekranala, located amidst the Khapra range forests of Maharashtra, is situated approximately 55 km from the heart of Nagpur. One of the major attractions of this place comprises of a magnificent dam, located in picturesque surroundings. The lush greenery of Khekranala, combined with its pristine locals and wholesome environment, draws tourist from various parts of the state.

Located 30 km from Jabalpur, Bhedaghat is a long stretch of rocks that resemble a sheep and hence the name. These lofty magnesium limestone Rocks girdle the Narmada River and are worth a sight. One of the most fascinating rock formations out here comprises of the footprints of Hanuman, believed to have been made on his trip to Lanka.

Tadoba National Park is situated at a distance of approximately 85 km from the city of Nagpur and comes under the Chandrapur district of Maharashtra. Located away from the maddening rush of city life, in the heart of reserved area, the national park serves as an ideal picnic spot as well as getaway destination for the people of Nagpur.

Nagzira Wildlife Sanctuary is situated at the Tirora Range of Bhandara Forest Division, which comes under the Bhandara district of Maharashtra. It is approximately 130 km to the west of Nagpur and makes one of the popular excursions from the city.

Pench National Park, nestling in the lower Southern reaches of the Satpuda Hills is named after Pench river, meandering through the Park from north to south. It is located on the southern boundary of Madhya Pradesh, bordering Maharashtra, in the district of seoni and Chhindwara. Pench National park, comprising of 758 SQ Km out of which a core area of 299 sq km is the national park and the remaining 464 sq km is the buffer area.

Bandhavgarh is new National Park with very long history. Set among the Vindhya Hills of Madhya Pradesh with an area of 168 sq miles (437 sq km) it contains a wide variety of Habitats and a high density of game, including a large number of tigers. This is also The White Tiger country. These have been found in the old state of Rewa for many years. The last known was captured by Maharaja Martand Singh in 1951. This white tiger, Mohun is now stuffed and on display in the Palace of Maharaja of Rewa.

Melghat Tiger Reserves is located on southern offshoot of the Satpura Hill Range in Central India, also called Gavilgarh hills. The high ridge running East-West which has highest point at Vairat (1178 m above MSL) forms the South-Western boundary of the Reserve. It is a prime habitat of Tiger. The forest is Tropical Dry.

Pachmarhi has been harmonized the status of Queen Satpura hill range. Heart capturing waterfalls, scenic sites, large mountain range and lush green hillocks Stretch over 60 Sq. km. in dramatic natural Splendor. It is the most visited hill station of India. This place was discovered by officer of the British region, Captain James Forsyth in the year 1862.